Jujutsu Kaisen’s Yuji Itadori and Aoi Todo went from opponents to the series’ most dynamic duo – and it’s incredible to watch. 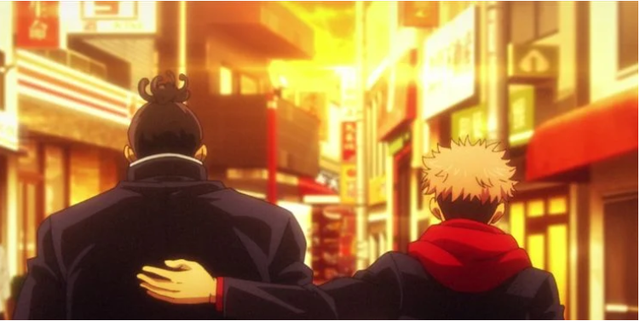 As the intensity and action of Jujutsu Kaisen continue to rise, it’s hard not to notice the instantaneous bond forming between Yuji Itadori and Aoi Todo. From their chemistry to their teamwork, everything about this exciting duo has fans clamoring for more. Though Satoru Gojo is indisputably the strongest individual sorcerer, Itadori and Todo are undoubtedly the series’ best partnership.

Despite taking up positions on opposing sides of Jujutsu Tech’s Exchange Event, Itadori and Todo formed a quick understanding – which started by a simple, direct question from Todo. While they’ve only known each other for a couple of episodes, and hours in context to the series, let’s look at what makes them such an entertaining duo and how they could be one of the most powerful partnerships Jujutsu Kaisen has seen. 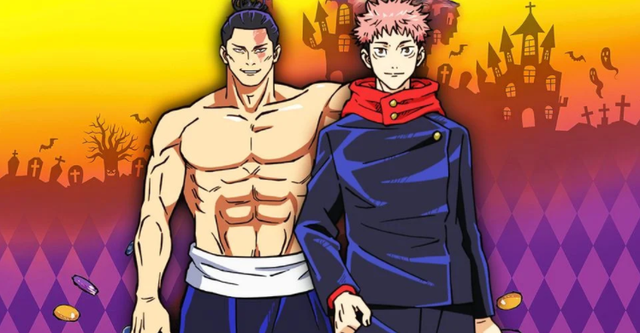 The principal of Jujutsu Tech’s Kyoto branch — where Todo, Mai, Kamo, Miwa, Mechamaru and Nishimiya attend — ordered all of his students to target and kill Itadori during the Exchange Event because of the threat he poses due to being Sukuna’s vessel. While the order is received differently by everyone, Todo is the only one to speak out and say that he’ll judge Itadori for himself. When Todo meets Itadori on the battlefield and trades punches, he is immediately impressed by his movement and physical prowess.

Itadori’s perseverance and talent continue to put him in Todo’s good graces. However, when Itadori cites Jennifer Lawrence as his ideal girlfriend, Todo envisions a fantasy reality where the two are best friends helping each other with everyday problems. This translates into reality as they both begin referring to each other as best friends. Even as Todo continues to test Itadori and his limits, he offers constructive insight on Cursed Energy and teaches him how to execute the Black Flash technique. 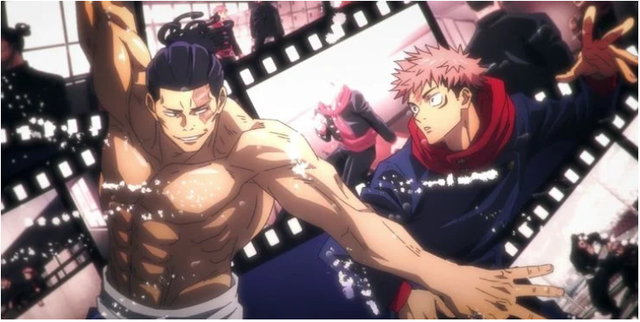 Itadori and Todo’s fight turns into an intense training session where the more experienced Jujutsu Sorcerer teaches the fledgling beginner, but Itadori confidently matches him. They are eventually interrupted by the Cursed Spirits’ invasion of Jujutsu Tech and find themselves in life-threatening action, facing down the frighteningly powerful Hanami. The level of understanding and cohesion in the teamwork Itadori and Todo demonstrate, despite having not fought against the same opponent before, is devastatingly effective.

What makes them such a formidable combination is how similar Itadori and Todo’s styles are. They both possess staggering strength and are natural brawlers. Todo’s Cursed Technique, Boogie Woogie, allows him to swap any two people or objects’ locations – as long as they have Cursed Energy – by clapping his hands. As if they can speak telepathically, Itadori and Todo batter Hanami as Boogie Woogie has the three continually trading places. 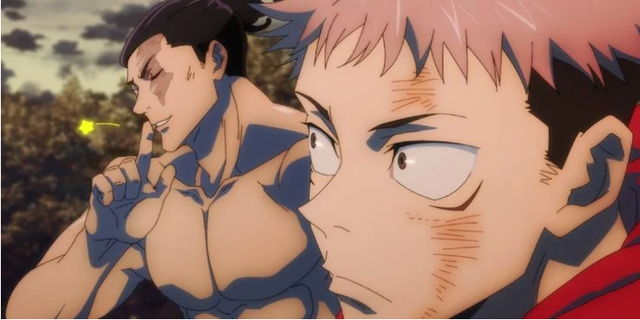 How Itadori and Todo coordinate amongst themselves gives the impression that they are old war buddies working through strategies they’ve practiced for years. As the new best friends quickly establish their brotherly status, Todo wastes no time assisting Itadori to help himself reach greater heights. He always puts the ball in Itadori’s court, giving him the information but letting his drive dictate how he’ll utilize the lessons.

During their initial clash with one another, Todo taught Itadori that Cursed Energy is always present and doesn’t need to be channeled, eventually explaining a technique called Black Flash — described as an impact of Cursed Energy delivered within a trillionth of a second of a blow. While there are a handful of sorcerers who can perform Black Flash, it’s nearly impossible to execute it at will. However, Itadori successfully delivers four of them consecutively, and Todo watches like a proud father.

Itadori and Todo’s new bond goes beyond their complementary fighting styles and is highlighted by how they boost each other’s potential and push them forward. While Itadori’s growth is evident, we see from Todo’s brief flashback that he is motivated by people who break him out of his boredom and that exactly the feeling he gets from fighting with his new best friend. Jujutsu Kaisen gives the impression that this is just the beginning of an exciting partnership we can hope to see much more of as the series continues – and if they continue improving, they’ll be untouchable.

Don’t hesitate to visit our shop to see Itadori and Todo Merch.